Current weather at my house: 30 mph winds, 43 degrees and rain. Need to get out of here!

Been a while, but time to post some photos I’ve accumulated over the past year. We won a chance to drive our own car into Denali National Park. We scored with amazing fall weather and great views of the mountain. Hard to believe I stood on top of that big pile a rock a few short years ago…

Surfing Away the Shoulder Season Blues

The snow has been painfully slow getting here this year. As of right now, I am only looking at a few inches of snow out my window. I went skiing once and it was a bit skinny. That said, I have been keeping busy and getting shape continuing to learn how to surf. Such an easy trip from Anchorage down to Seward and then out to the break. Suprisingly the past three trips have been sunny which is absolutely unheard of in South-Central Alaska. All of our surfing has been from a boat, so I don’t have many photos from the shore, however, here are a few from before and after the many surf sessions this fall. Probably not the best place to perfect my surfing, but probably one of the more scenic spots to surf in the world.

Possibly the weirdest place in Alaska

I know that is a strong statement and I’ve seen quite a few weird things up here in Alaska, however, Whittier is a weird little town. We had some time to kill on a stormy afternoon and we decided to head down to Whittier, AK to check it out. The winds were cooking down Turnagain Arm at about 75 knots and then the rain started. The weirdness begins when you get to a tunnel that goes 2.5 miles through a mountain before you arrive in Whittier. The tunnel is a single lane and it is shared between outgoing and incoming traffic along with the train. The town of Whittier has just under 200 residents and a majority live in the same building – a 12 story condominium that was once a military housing complex. On the other end of town sits the Buckner Building which is a cold war era Army building which is now abandoned. It was a very creepy place. All said, I can’t wait to go back when the weather is nice (if it ever clears up) and go skiing in the mountains or out on the waters of Prince William Sound.

Leaves are all turning and there is termination dust on all the peaks now. Winter is coming. Almost time to start tuning the skis.

Floating Down a River (and a lake)

Last weekend we had the pleasure of floating the Nelchina and Tazlina rivers in South-Central Alaska. The rivers are located just on the northern side of the Chugach Mountain Range. We had 8 people, 1 dog, too much gear, and 4 different boats – two 16′ rafts, a packraft, and a whitewater canoe. The Little Nelchina was pretty small for a big raft, the Nelchina was a calm and smooth glacial river, Tazlina Lake was a great booze cruise with a 5 h.p. outboard, and the Tazlina River we had some good waves and a quick pace. Overall a 78 mile high quality float and good times had by all (possibly too good of a time). Some images from the trip…

Winter Squall on the Camas Prairie

After springlike conditions early this weekend, a cold front moved through and we were skiing in little snow squalls all afternoon. Here are some shots as we made our way across the Camas Prairie. Cold, windy, muddy, and snowy.

The goods were good

Photo of me skiing this past weekend north of Sun Valley, ID. We had some friends visiting and we hit the backcountry 3 days on a row near Galena Summit and in the Boulder Mountains. This hero shot courtesy of Tamar Young of Paper Street Photos. 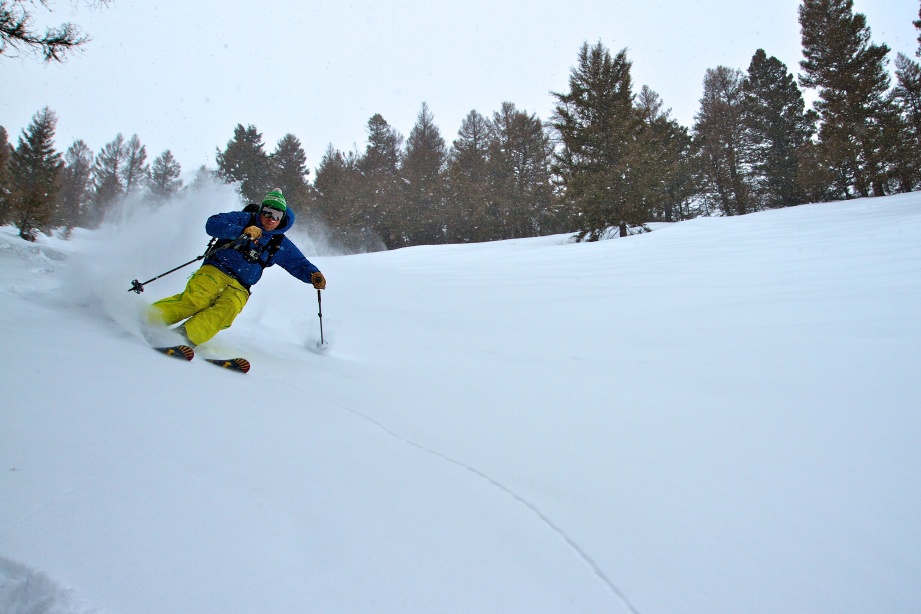 To finish off my trip to Vietnam, I had a day layover in Seoul, Korea. While it was a pain in the butt extending the trip home for another day, it was definitely great to be able to spend a day in Seoul. I almost decided not to go into the city because the Seoul/Incheon airport was by far the nicest airport I have ever been in. Instead, I opted to try not to sleep and head into the city. I was able to visit a palace, eat lunch and hit a shopping district before I had to head back to the airport to take off back to America. Overall, being in Korea was like being in Manhattan after spending a few weeks in Vietnam. This is my last blog entry from my trip to Vietnam.

Here are some photos I captured during my short stay in Korea:

Following a brief stay in Hanoi after our adventure in Halong Bay, we headed to the Hanoi International Airport for a short flight south to the historic Danang Airport. I definitely saw the influence from the war with old airplane hangers from the 1970s that were military in style. The second thing I noticed was the rain. Lots of rain. The weather did not look too good for the rest of the week, but we opted to head to the beach instead north to the mountains and would deal with the rain. We stayed at a very nice resort located right on the historic China Beach. Each day we went to Hoi An and took in the scenery, people and food. One thing I have not mentioned thus far was how good the coffee was there. We stopped multiple coffee shops and they were great besides the constant barrage of people trying to sell useless trinkets to tourists.

Here are some photos from our time in Da Nang and Hoi An:

END_OF_DOCUMENT_TOKEN_TO_BE_REPLACED

Error: Twitter did not respond. Please wait a few minutes and refresh this page.